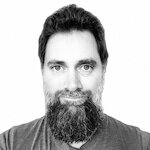 Disclaimer: This post represents my own person view and is not endorsed by my employer nor should it be viewed as reflective of anyone’s views but my own.

This morning I was reading Bobbie Chen’s “Being on-call sucks”. Reading through it, there was so much I agreed with. But I felt like it didn’t go far enough.

For me, no longer being on-call feels like a burden has lifted from my life. Allow me to explain.

I started with on-call responsibilities back when I was a Lead Full-Stack developer. At each subsequent position there was some better, and some worse. At each position though, there was some amount of justification for why I was on call. At one company, it was a pretty small team, and occasionally something went wrong with the system. A lot of the time we’d just kick the process, and a restart would solve it. Over time, we started to automate those into basic monitors. It worked fine. At the next company, I was the person most responsible for the infrastructure so for me to be on-call made sense. Barring the time that a bot was trying to bruteforce logins, it was pretty quiet. My last role was different though. I joined an operations team with a number of seasoned people. We were mostly managing services that were developed by other teams. Things seemed to break frequently, and we would come up with a quick mitigation and get the system back up, then later do a retrospective with the service team.

Unlike what Bobbie experienced with a flaky alert paging you every 6 weeks, then prioritizing a feature over your own quality of life, my situation was worse. We didn’t own the service, we didn’t own the backlog, and it felt like we didn’t even get much influence over the backlog. It definitely felt like the service teams would prioritize new features, or a perfect solution (see slower) over a fast solution while they worked on something better. But because we effectively sheltered them from the pain, that isn’t a surprise.

This led me to feel resentful of the service teams. If an on call incident has a big impact on my family (which there were at least a couple) and a service team wasn’t finding a fix fast enough, it felt like they didn’t respect me and my family.

On-call was starting to have a hugely negative impact on my quality of life and my job satisfaction.

Even just going to the park with my two year old daughter became daunting. Do I take my laptop? What if it rains? What if I get stuck in a big incident? Will I have to have her Mom come get her? Is she close by her phone? If I don’t take my laptop, which parks are within a 15 minute walking or driving distance? What methods of transit can we take so that I can get back quick enough if an incident happens? Explaining to a two year old that daddy’s on-call to manage expectations about how we may need to stop the fun suddenly and go home.

My on call weeks became dead zones in my family’s calendar. My wife got to the point where she didn’t feel like she could make plans anymore, because as she put it, “It’s not a question of if you get called in, but when”. She would plan, or rather avoid plans, around my on-call. Party at a friends? Can’t do it, because I don’t know if an on call issue will come up that requires me to take our one car with the car seats home suddenly to deal with an issue. That basically means game over for the family’s fun.

There’s also the mental health aspect. It hit hardest after my second child was born. One particularly bad incident started right at the end of my work day and the start of family time and stretched late into the night. At one point while I sat at the kitchen table staring at the screen while on a conference call, my two year old daughter who desperately needed attention while mom was nursing our newborn, tried desperately to grab my headset while yelling “daddy doesn’t want to work anymore, daddy doesn’t want to work anymore…”. My heart sank. For the longest time, the thought of on call would instantly bring that back and result in an anxiety attack.

Managers tried to help, and tried to accommodate. At first I was temporarily taken out of the on-call rotation while I worked through the anxiety. After a while, managers stopped asking when I’d be ok going back in the rotation. It eventually became indefinite. It never felt ok. It always felt like I wasn’t holding up my side of the deal, and that put more burden on the rest of the team.

Reflecting on it a while ago, I thought if I were ever to go back on call, how much would I want to make it ok. Sure there’s the things you can easily quantify and mitigate. A second car, insurance, second car seats, driving two cars to everything while I’m on call. Getting childcare for the entire week I’m on call, just in case. Those are the easy things. But about when you’ve been at work all day, and your family just wants to spend time with you, there is no mitigation. Even thinking of multiples of my salary didn’t even feel worth it.

I’m so grateful to no longer be on-call.